This weekend at Camelot was… a lot. A lot of fun, a lot of firsts, a lot of hard riding, a lot of hard work. I didn’t go in expecting it to be easy, and it wasn’t. But it was harder than I thought it would be.

This was my first solo hauling trip, and my first time traveling to a show without my main trainer. Which is not to say I was without training — Kate stepped in and did an incredible job. If I’m clever I’ll dedicate a whole post to it. The short version: you gotta get yourself a Kate.

I borrowed my MIL’s rig to get Murray to Camelot and despite a minor anxiety-inducing moment leaving her driveway (there is a VERY NARROW BRIDGE with a VERY TIGHT TURN) it was smooth sailing. A trainer friend helped me find someone to back the trailer up in a pretty primo parking space (I just had to drive through a dressage warm up to get to it), and we were set!

Right before we schooled in the dressage courts, I stepped on a snake for the first time! I was lining Murray up with a big wooden mounting block and checking his girth and the stirrups when I stood on something a little squishy. I looked down and thought “that’s funny, someone left a lead rope! Usually I’m the one who leaves lead ropes around.” And when I lifted my foot up, the lead rope SLITHERED AWAY.

Clearly my Australianness has worn off, because it’s genetically ingrained in us to NOT step on snakes. And there was a danger noodle, right under my foot! 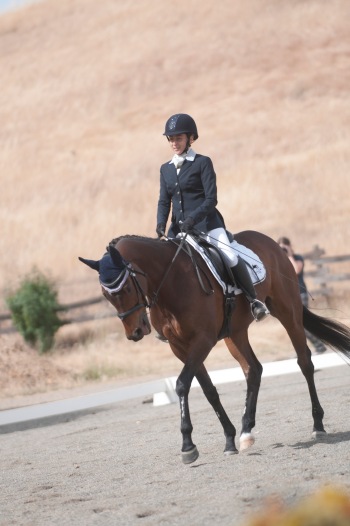 This was Murray’s first show wearing a bonnet, and my first show in my sparkly new helmet! (I’m pretty sure Leah found it for me last International Helmet Day, thanks Leah!!!) I think Murray liked his bonnets. Every time I went to put them on he’d duck his head down and let me pull the fabric over his ears. Normally he is not a fan of me messing around with his ears or the top of his head.

Oh and — duh — this was our first rated Novice. 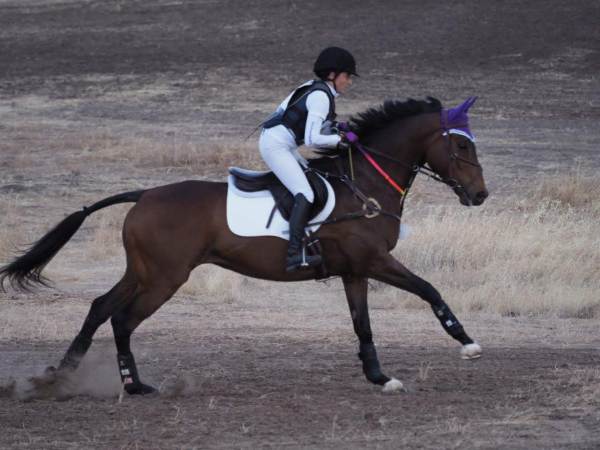 and our first tail braid!

We had a personal best dressage score — our first 35! — even with two, two mistakes! Murray broke to the trot in the free walk and medium walk — another set of firsts, because usually he’s like “uggghhh do we really have to trot again, I thought we were done?”.

There were some less awesome firsts, though.

We had our first good crash into a fence, bringing down most of an oxer. 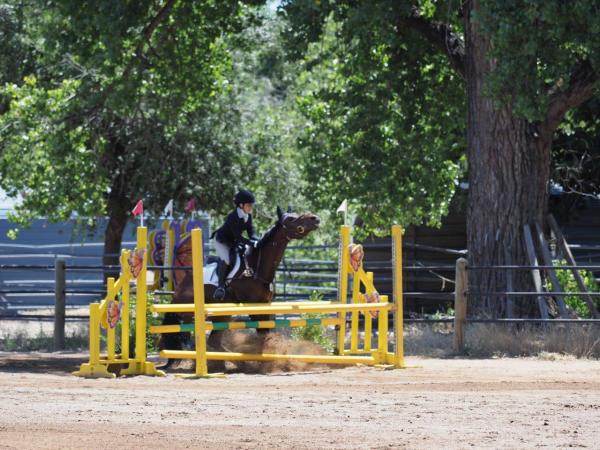 And for the first time, I retired on course.

It’s the only thing you can do after crashing like that, really.

This was also the first show I’ve gone to where I knew that I wasn’t prepared enough. Not that I haven’t been underprepared before — I just didn’t know it in the past.

It was by no means a perfect weekend. But all things considered, it was a pretty damn good one. Tears and all.

I learned a ton. I got to gallop fast and jump big. If there are holes in Murray’s ability to listen to the leg and go forward toward scary things, it’s nothing we can’t fix (I hear it’s all about this thing called “stimulus control”, right Kate?). 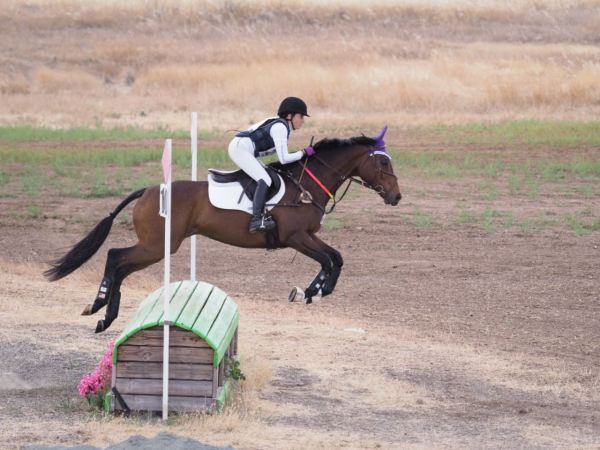 A million thanks to Sheila and to David and Olivia for pics. Where would I be without you guys?!

15 thoughts on “many firsts (just not the satiny kind)”