Skip to content
Occasionally people ask me if I feel safe farming on my own. I've never felt like I'm in any danger, though I was extra vigilant and contemplated getting a very big dog when a mountain lion was spotted on my street a few years ago. In reality, even the wildest woods around my farm are very tame, and the coyotes out here aren't nearly as bold as those that are hand-fed organic ground beef by Good Samaritans in Livermore 😉.
ruins, plants, geometry, & cats at Alhambra and Generalife
those brand-new-slab feels 😍
snowflakes that stay on my nose and eyelashes 😍

I feel like Murray and I are situated to get some great work done this year.  We are both more skilled and k knowledgeable than in years past, and I have a much better understanding of what I’m looking for and how I should try to get it.  It helps that I finally understand how-when-what to push and what I should leave alone — and how those things change from day to day.

I also hope to have more time and money this year — sure, it might be a pipe dream, but a girl has got to hope!  With a little more of those two valuable resources at my disposal I should be able to get a bit more done this year!

Sit the trot – how many years do I have to put this f*&$!ing goal on my goals list before I properly make it happen?!!  But for real, I don’t need to sit all the trots.  I just want to be able to sit the working trot and perform a first level trot sitting (not necessarily at a show).

Even out my hands – They are uneven. And I often open my fingers. Bad Nicole, bad.

Even out my weight in the stirrups – I am uneven. And my right stirrup leather is longer. Always.

Get myself and Murray fit – enough to run a Novice 3 day, even though we won’t do it until 2018 (at the very earliest).

Show rated – enough times to make my membership dues worth it. That’s three times at BN (I think) or once at Novice (no workaround for Novice level events), and I have no idea how many times for dressage memberships.

Go to at least two new venues – schooling or rated, it doesn’t matter. But Murray and I will never get better at showing and riding away from home if we don’t do it.

Go to at least one dressage-only show – rated or unrated. Get our dressage on!

Ride in two clinics – Riding with clinicians takes a little forethought, but I’d like to make it happen.

Develop the auto release – I fake it right now. It’s not pretty. Time to follow with the hands and use those elastic elbows.

Murray gets his very own goals segment, because Murray.

My biggest goal this year with Murray is to stop taking short cuts.  There are a lot of things I’ve skipped over in Murray’s training in favor of funner/better/other things.  “Things” like installing truly solid ground manners, in-hand work, and some under-saddle basics.  I have ignored, tolerated, and even enabled some downright bad behaviors in order to get to the thing(s) I want to do (the riding, and honestly probably the jumping).  I will write more about this because it warrants its very own post, but this will be the focus of our year.

I do have some specific goals for him.

Tack up while tied reliably – Murray and I have been getting a lot better at this, but we’re still not 100%. We need to be able to do this.

nything that startles or even worries him causes him to get squirrely, and the second he hits the end of the ties and feels them both on his face he spirals into a full-blown pony panic attack.  This has resulted in multiple cross-tie-breakings.  We must get over this.

Accept tacking up/handling/etc. by other people – There are currently two people who Murray will reliably behave for. Depending on the context he’ll do fine with other people but it’s far from reliable.  See “truly solid ground manners”.

Behave while being ridden by other people – Murray has been ridden by a handful of people since I took over his care, but rarely have they ever tried to get him to really work.  He’s basically goes into lesson pony mode when I throw someone else on him — or spiteful kicking monster when my trainer gets on him.  See “under saddle basics”.

Confirm the first-level movements – Murray can do the first level movements, but they aren’t show worthy.  We want to show first, right?  Time to get those movements scoring in the 7’s and up.

Grow Murray’s confidence – Last year was great for Murray’s confidence. We didn’t necessarily go out a ton to test this, but even at home his responses to hard questions have become more reasonable and less anxiety-driven.  Confidence is key with this  horse, I have to keep putting that first.

Improve symmetry – Murray falls over his right shoulder pretty hard, and I’ve been correcting for it in both directions with my right hand. We should probably, instead, focus on strengthening his body symmetrically.

Get a saddle fitter out – I’ve been meaning to do this for a while. He’s worth it.

Put up my Murray wall – I have some Murray art and his shoes I want to mount. I’ve been meaning to for a while, it’s kinda a personal-x-Murray project. 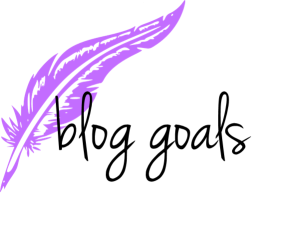 Blog more – I blogged less than I wanted to last year thanks to Real Life getting in the way.  I’d aim to write more and more regularly this year – at least 3x each week.

More ride recaps – I used to keep a pretty cut-and-dried ride journal for Murray, including a calendar of behavior/accomplishments. I no longer do this because I spend so much time writing here (and forgetfulness).  Ride recaps can be really valuable, so I’d like to get back to writing more of these.

Comment more – I love getting blog comments and feel that I don’t reciprocate equally. I should fix that.

Meet more bloggers – I had so much fun stalking Peony, dining with L and Megan, and lunching with a whole bunch of California bloggers in the last two years! More, more, I want to meet more!

I made this ribbon vector thinking I’d have a “competition goals” header, and then I didn’t.  So I threw it in for personal goals instead, because obviously my major personal goal is to continue winning at life.  (By the by, if anyone wants a swirly ribbon vector… you know where to find me).  My personal goals might better be represented by a stack of money but… ribbons are kinda like money?

Improve fitness and strength – I let myself get really pillowy over Christmas, and riding minimally this year has not helped things.  I want to make sure that my fitness is not impeding my ability to ride, or Murray’s ability to perform.  Specific goals include…

Run 5k – Not an actual 5k race (I have no interest in that), but I want to be able to run 5k on a semi-regular basis without feeling like it’s the end of the world.  I’m shooting for 4 total 5k runs this year.

uer the pull-up – maybe even a few?!  I’ve never been able to do one, not even when I was in gymnastics as a child (and arguably the strongest in terms of mass that I have ever been).

Get a full time job – OMG maybe even career track?

Publish two chapters – Maybe even all three chapters?! I have to do some significant data re-analysis for two of the chapters (and then need to figure out how to frame the third chapter in all of its terrifying implications in a way that satisfies all authors, even the statisticians sigh), but the framework is there and I don’t need to do too much more literature reviewing to make it happen I think…

Properly pursue my side project(s) – I’m working with a primate nonprofit right now and really want to establish myself as a valued member of that organization. I’m exploring partnerships with community development orgs as well, which is something I’m very interested in. I don’t exactly know what I’m doing but I’m diving in head first.

Contribute to my Roth IRA – Retirement. Savings. Life. I need to think about it.