Way back before the one-day, and even before Camelot, Murray and I were having some pretty badass dressage rides.  Murray was exceptionally willing and stretchy, and I got some new perspective and ideas from finally cracking open — and then plowing through — When Two Spines Align.  I’ll do a proper book review soon, but wanted to get down one of the neat/important concepts that really worked for Murray and I.

When reading about dressage I’ve encountered the phrase or idea that you need to “shape the energy” to what you want it to be.  Which is a great idea.  Only I have no idea what the fuck it means or how to do it.  Like, are we talking Dragon Ball Z style or Street Fighter or what? 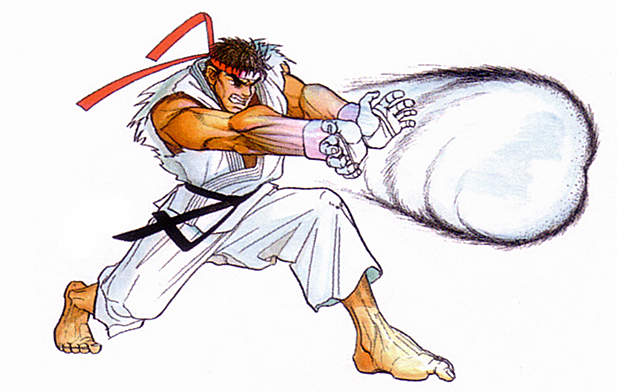 Fortunately, Beth Baumert takes some time to actually explain this concept in a few different places.  One of which has to do with using your inside aids to create the bend and suppleness that you want from your horse (my words, not hers), and then use your outside aids to maintain the steering on the circle.  This is just one piece of what she talks about in the book, but for the moment it’s the most relevant piece.

When working on my transitions and trying to make them actually count (another concept that  Beth and absolutely every other dressage coach I’ve ever encountered seems to espouse), I ran into my same old same old problem of Murray falling away from my inside leg and inverting/popping up through the transitions.  This is not something that repetition and time has just “solved” for us (um, does it actually solve anything other than open wounds?), despite the fact that I only ever pat/reward/praise Murray for round transitions and we frequently end up re-doing inverted ones.

fairly representative of most of our transitions: if not actually inverted, then braced against the hand

I used my inside aids to get Murray’s bend and attention back, which I often do.  Then, as I felt him falling out on the circle (as he often does), I had the bright idea of using my outside aids to actually steer.  I didn’t clamp down on him with my outside leg or pull on the outside rein, I just firmed up those aids so they were present, but not overbearing.  I also stopped looking down and looked around the circle, which was probably helpful.  In response, Murray softened and stayed round and on a circle.  It was like magic!

I definitely had to continue using this strategy though, it wasn’t quite a “set it and forget it” aid.  We’d drift off of the circle or lose some bend or lose a little forward, so I’d push for a little more forward, then shape that forward energy into roundness and bend again.

This actually paid off even more during the transitions.  Before the transition I would do the same thing: shape Murray with my inside aids, steer and capture the energy with the outside aids (see, now even I’m using meaningless aphorisms to describe riding!), and then ask for the upward transition within a stride or two while we were straight and VOILA!!! Magnificent transitions.  It was pretty cool.

So that was a neat little revelation that has been pretty useful to my riding.  And I do finally understand the idea of shaping and capturing energy.  By pushing Murray into my outside rein with my inside leg, I’m adding sideways energy.  But for Murray, the easiest response to that is to let that sideways energy peter out by actually going sideways.  So instead of letting that energy just “escape” sideways, I capture it with my outside leg and hand, and recycle it in the direction I want — which is forward.  So I really am shaping it from my inside leg to my outside hand.  So I’m basically a dragon ball z master now.