I don’t think I ever expected to live in such amazing, terrifying, and humbling times in my life. A global pandemic that we still can’t see the end of and a global social movement against police brutality and the systemic racism that has oppressed people of color for so long.

On the one hand, I can chalk this up to optimism. I was obsessed with infectious disease in high school and wrote my senior literature project on how the world would handle the outbreak of a novel virus (I modeled mine after Ebola, so less infectious but more lethal than COVID) and came to the conclusion that while we probably don’t have the surveillance and rapid-response systems in place to handle an outbreak well, the likelihood of one was relatively low. (So uh, 50% right there I guess?)

On the other hand, my lack of expectation for a movement to eliminate systemic racism comes from ignorance and my own privilege. Because I did not see the extent and severity of how systemic racism oppresses people. Because I did not expect society would be willing to back people of colour and make a change. I’ve never been more delighted to be wrong, though my ignorance is painful to me as well.

From 2011 to 2013 I was lucky enough to live in Kenya and Republic of Congo for 9 months and 7 months respectively, conducting research for my dissertation (hashtagblessed). Living there I was obviously in the minority, and exposed to levels of racism and privilege beyond my wildest nightmares. From watching white tourists discuss how disgusting they found aspects of Kenyan culture while in the car with their Kenyan tour guide and driver to seeing the management of the conservancy fail to train and promote a single black Kenyan beyond middle management and the wild tenfold salary disparities that went with that to having dogs that were, moments before, friendly to me approach my black friends with a “kill first, ask questions later” attitude encouraged by their owners. 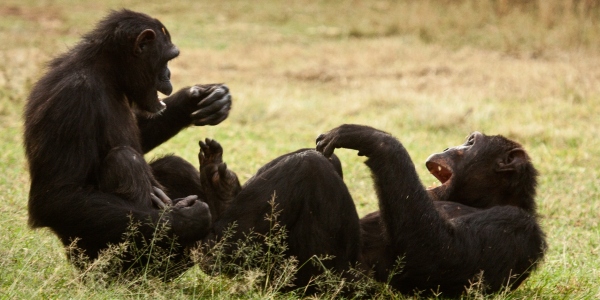 still a moment from my research life that melts my heart

One day I went to a local 3-day event in the town of Nanyuki, near the conservancy I was living and working in. The wives and daughters of several C-level execs were riders and competing at the event, and when they heard that I and another researcher also rode, they invited us along. At the event, one of the wives was coaching her black Kenyan groom through his warm up, and we all watched and cheered as he ran cross country. He had started as their stable hand, did a good job, expressed an interest in riding, and so his boss offered him what was functionally a working student position in her barn. She furnished him with a trained horse, gave him excellent coaching, helped pay for his equipment and tack, and provided him with opportunities far beyond what he would have been able to achieve on his own. She was, to all outward appearances, and probably to her white friends, an exceedingly generous and anti-racist white woman who was helping her staff in one of the ways she could.

Back at the conservancy, this woman was a nightmare. She took over the management of the research center, a facility that was previously managed by a black Kenyan who was head of research, and during my time there somehow the Kenyan-run research projects that were present at the conservancy drastically dwindled. She bullied the research center staff to work longer hours and provide food and a menu that we never asked for with no pay increase. She was one of the most openly racist people I encountered on the conservancy — and if she behaved that way around the researchers, all of whom were her paying “customers” and literal strangers to her — I can only imagine what her behavior was like in private.

I obviously never asked (it may not surprise you to learn that I avoided that bitch like a death adder), but I’m sure that woman would insist that she was not a racist. And a big part of that belief would probably be based in moral self-licensing. Moral self-licensing is a contradiction in human behavior: after we do something good, we give ourselves mental license to do something “bad” later. This can be everything from “I had a salad for lunch, I deserve a splurge for dinner” to “I bought organic produce today, fuck that homeless guy asking me for change”. 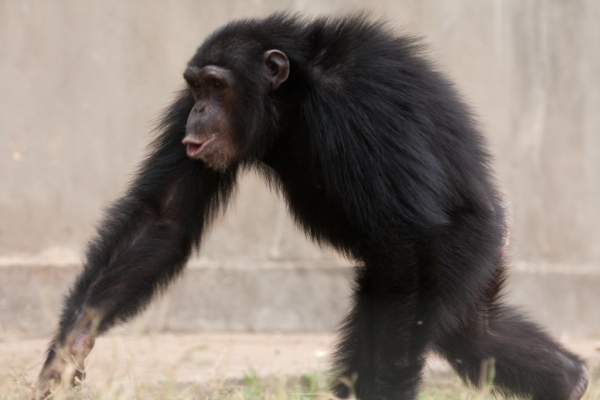 another magnificent, altruistic chimp girl to break up this text

I’m telling you this not only to describe a fascinating behavioral effect, but to encourage people not to fall into this trap. As we work through bettering this crazy world, we have to remember that wearing a mask and protecting your community doesn’t mean we can give up on other elements of being a good citizen — kindness, caring, and staying the fuck at home (if we are lucky enough to do so). As I learn about and leverage my own power to help remove discrimination and educate those around me on being anti-racist, I must not silently allow my older relatives to maintain racist attitudes and behaviors just because “they are old” and changing their behavior is hard. They still vote, and they still interact with the world, they should not be racist.

This is not to say that anyone should be going all out all the time. We all need time to rest, recharge, and relax. But I want to challenge all of us to be aware of and careful about moral self licensing in our own behavior, and to see if we can push towards doing good without allowing ourselves to “do bad” on occasion as well.

Kenya is where I learned the term “wazungu”, a broad term that refers most strictly to “white people” but is often used more generally to refer to anyone who is not a black African. It’s not particularly derogatory, though it obviously can be. And it is where I learned that I, too, am mzungu (mzungu is singular, wazungu plural). Even though I am half Chinese, I am in the most privileged class of people of colour: I am white-presenting from a class that is not largely discriminated against in the western world (let’s tackle Asian-on-Asian discrimination in China another time).

I have always thought of myself as someone who has worked hard against racism. In Kenya and Congo I worked with my friends and staff to give them new skills they could leverage in their positions within the conservancy, and I have always pushed within the conservation organizations I have been involved with to encourage the hiring of local staff instead of a reliance on white staff or volunteers. I see now that I was morally licensing myself — seeing myself in the light of my past behavior and not thinking about how I could and should continue to work against racism in my life here at home.

You can count on me to keep challenging my family members, shoving the data in peoples’ faces (also this data, because COVID isn’t gone yet), pushing for police reform, voting, demanding better within the organizations I work with, using my privilege as a witness and — if needed — a shield, promoting the work and voices of BIPOC,  and particularly supporting BIPOC farmers*.

So I say this to myself as well as others: Karibu wazungu. We have work to do.

Sarah Deragon, @sarahderagon, took some great pic of me the other day on the farm. There are several varieties of tomatoes planted so I don’t remember them all except for Berkeley Tie-dye and Early Girl. . IGs cropping of photos is annoying, so I’ll put the others up in stories. Check out the sky in those. It was about an hour before it started to rain. Well, California summer rain is really a sprinkle. But we rarely get precipitation in the summer months so I’m calling it rain. . #blackfarmers #farmwork #farmersfeedtheworld #tomatoes🍅 #trellis #sonomacounty #sebastopolcalifornia

* If you’re in the triangle between Baltimore, Charlottesville, and Chesapeake, you need to check out Sylvanaqua Farms. Chris Newman is an incredible farmer, thinker, writer, and human being who is revolutionizing the food system of the DC Metro Area to promote regenerative agriculture, BIPOC farmers and land holders, and good food. He doesn’t want successful small landholders to be the exception — he wants them to be the rule — and he has a plan to get them there.