Murray recovered excellently from his “pigeon fever”, and though I never got the official culture results back from the vet, it seems pretty unlikely that the one abscess was actually the pidge. But after a week of standing around in his stall, Murray was feeling a little off and abscess-y, maybe a little stiff from not really using muscles for three weeks, and not quite up to real rides.

All just a part of his master plan to avoid real work, I’m sure. 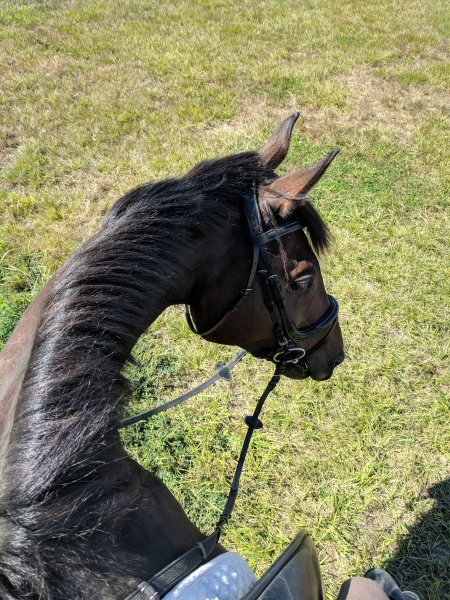 I considered giving him some more time off, but we hadn’t yet gotten Murray integrated into the big boys field at the farm. Which meant that without riding, Murray would remain stuck in his stall 24/7. Murray was still sound at the walk, so we walked. And walked. And walked.

I mean, there’s only so long that you can just walk around. So these rides weren’t exactly long, but at least we were getting out.

We took advantage of the gallop track and cruised all around the field solo. Murray was very calm, which was fantastic for me. He only got excited when he saw some new friends coming up the way toward us, and he pranced over to them and asked if they wanted to play. Shockingly, neither their riders nor I were interested in Murray playing with them at just that moment. It’s lovely to have a 1 kilometer track so available — two laps around was an easy 2k walk, and helped get both of us stretched out.

At the same time, we worked on getting Murray integrated with da boyz. 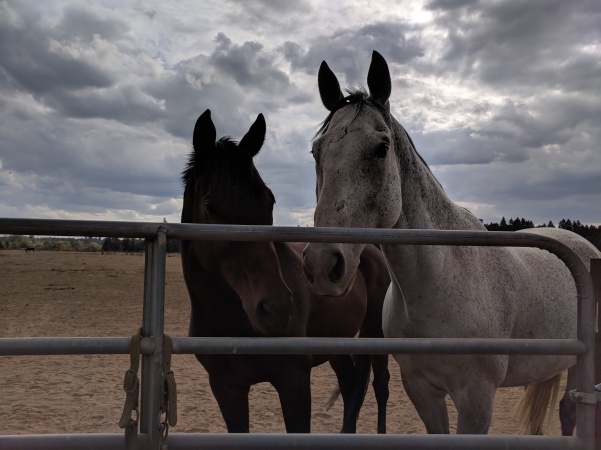 new fren!(emy — apparently Theo is a bit too aggressive of a lover for Murray)

I took him for a few walks around the big pasture (it’s about 20 acres) when it was empty, and let him get used to the perimeter. I did not let him touch the hot wire. I wanted no part of that. And then on Sunday evening after all the horses had come in, we put Murray out with an older pony named Tony, and let them cruise around together for a few hours.

Murray cruised, Tony was like “please let me back inside for my dinner.”

The next morning, Trainer J and her assistant gave Murray a teensy bit of sedation and put him out in the field in the morning. As far as I heard, no other horse in the field thought anything of it. 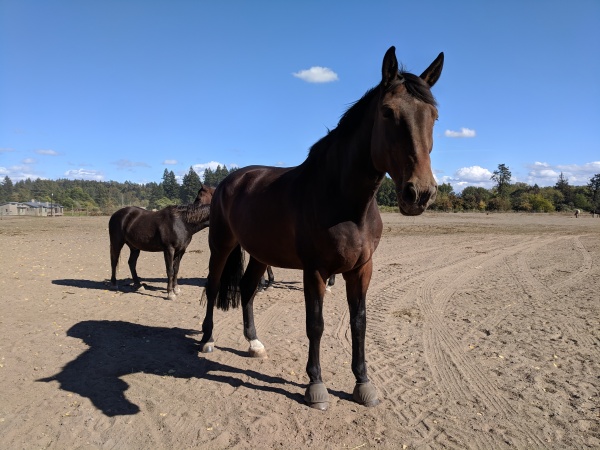 It’s weird having your horse integrated into an already-stable pasture group of 15-ish other horses. I mean, I know how I’d do it if they were chimps. And it’s not the same approach that J took. But this barn has a lot more experience integrating new horses into a field than I do, and a lot more horsemanship overall. So I trusted them, and it went perfectly!

On day two in pasture Murray stuck around with his stall neighbor, Delgado. D is very understanding of Murray poking his head into D’s stall every time we go by. And I think that Murray appreciated that D didn’t want to aggressively groom or play with him, or herd him away from other potential friends. 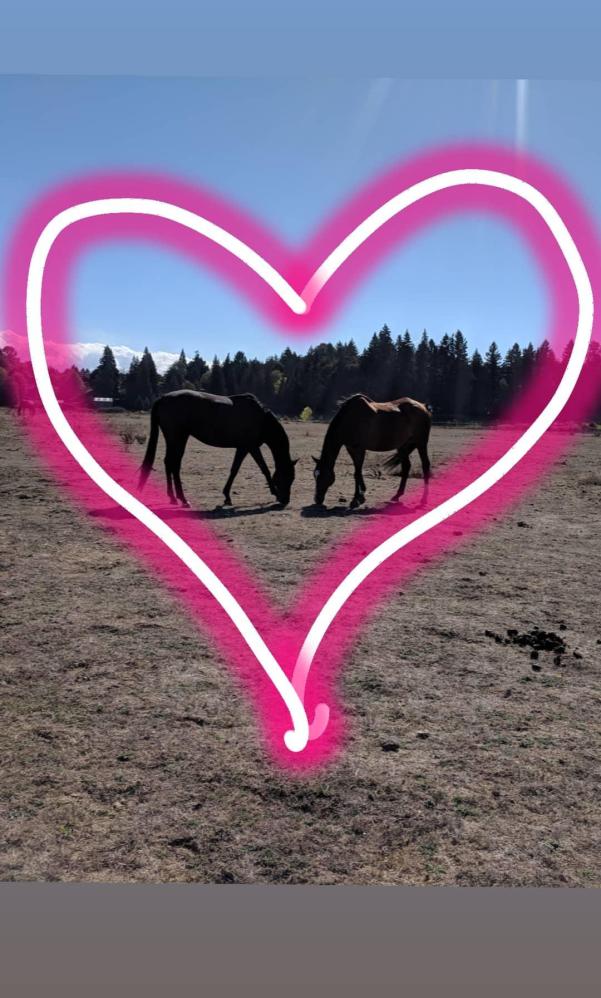 Murray is already looking more comfortable after getting a few days of turnout, so fingers crossed whatever this is will just resolve itself. Maybe that silly abscess will just pop or go away or whatever. Or if it’s residual stiffness, it will just work itself out with turnout.

We’ll keep plodding along at the walk (and hopefully more soon?) and with the turnout. The vet comes out today to look at another pony, so I’ll have her take a quick look at Murray too because WHY NOT see the vet twice in the month we move.