I still have a ton to write about from blogging hiatus (jump lessons, amazing biomechanics clinic, clicker training, etc.) but this weekend was too fun to skip, so we’ll have to fast forward a little and rewind later.

First, I got to hang out with this super cool friend and watch her show 3rd level for the first time! 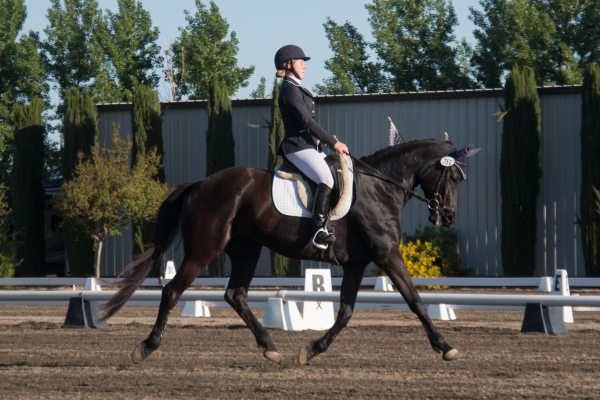 I don’t have a lot of experience with dressage shows, and when I have been it’s always with my MIL who has shown pretty extensively and is campaigning her mares for year end awards. It’s a bit different for someone looking for scores at a level when getting out there for the first time. There are lots of different aspects of test riding that I’ve never thought of before — like maximizing points in certain movements, vs. generally trying to make the whole test “better” (a nebulous term if ever there was one).

And then that same super cool friend came and rode my notorious ottb! 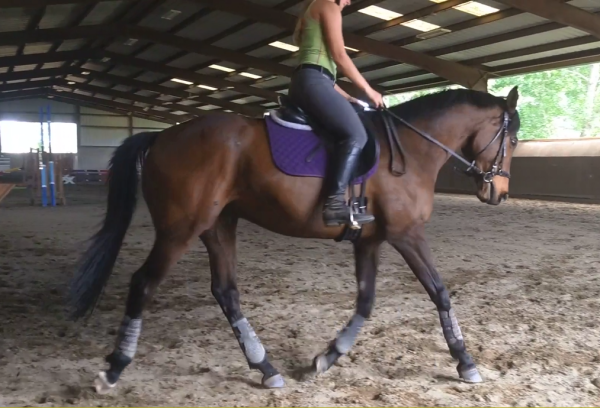 not ready for 3rd yet — maybe next month
PS my friend is Kate, if you haven’t yet recognized her

Murray doesn’t love when other butts touch his back. He’s a one-butt kinda guy. But it was fabulous watching Kate work through his ridiculousness (and smile while she did it), and encourage him to be better. Murray thought Kate was demanding and opinionated and let her know it.  She just smiled and kept nudging those opinions onto him.

We traded back and Kate made some suggestions to help me also convince Murray to be better. Murray was like “oh thank GOD you are back I’ll do anything you want  just don’t let that bossy lady sit on me again!” He was immediately much more forward, and Kate helped me work on slowing his movement down and sucking myself down into the saddle. I wish I had the ability to write gobs and gobs about it, but I was hot and tired and I think the Cliffs notes version is all I can get out.

I was proud of how well Mr. No responded — generally — to a stranger riding him. His previous method of objection was to brace on his underneck and hollow his back and take teeny, tiny, itsy, bitsy little anger steps. For the most part, Murray moved forward and into(ish) the bridle, and only had flaily responses when Kate put her leg on (shocker). This is pretty big progress for the big bad baby, and exciting for me that he’s understanding more and more what we want his default to be. 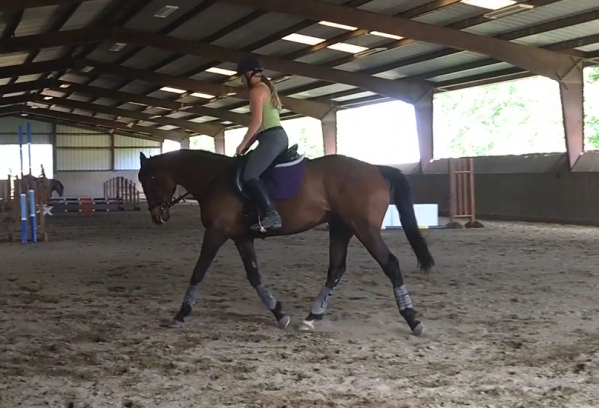 There was this  moment when I was adding positive tension to what felt like every single muscle in my body below my boobs, and trying to post super slowly, and bear down, and breathe, and it was hot and humid and muggy in the indoor. I looked out of the indoor and it was beautiful and sunny and blue and green and yellow — the mustards are blooming still. And I thought “oh it’s so beautiful and gorgeous and heavenly out there.” Then I turned my head back to the inside of the arena where it was dark and brown and gray and sweaty and hard. And I was like “why am I torturing myself in this hell again?” Then Kate told me to do something else with my body — I don’t know what, probably to suck less — and I did it even though it hurt, and I wasn’t outside in the beautiful blue and green and gold sunshiney mustard flowers. Because that’s how we get better.

7 thoughts on “learnin’ and burnin’”