I saw a post that piqued my interest on Facebook this morning.  It was a Horse and Hound article about how breastplates can negatively affect the way horses jump.  Clearly it did more than just pique, it’s ruffled my feathers enough to break me out of my blogging ennui.  Thank you, bad science!!  You’re just what I needed. 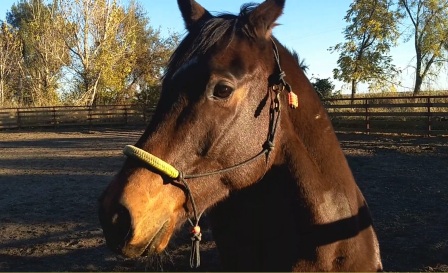 well, that and this adorable mug

So, let’s take a look at this article by Horse and Hound. I’m not going to blame H&H too much for this reporting, since they aren’t science reporters and are really only able to work with the information they are given.  I have a sneaking suspicion that this is actually  sponsored article, and if they didn’t disclose that information it is unethical.  However, H&H is bound to know that, and so this particular article is probably not specifically sponsored — more likely, Fairfax gives H&H some large sum of money for general advertising and this article is being played off as a general reporting piece.  You will notice that the first suggested link after the article is about a girth “scientifically proven” (ever scientist’s favourite two words) to improve the way horses go.

The TL;DR of this situation: this is not science, this is an advertisement.

There are so many glaring red flags in this “study” that I can hardly list them.

The “researchers” (Fairfax) even provided a handy-dandy little image that demonstrates how different the arc of the horse is.  No matter than in the “better” image the horse has already started to take the forward part of the landing stride with his front feet and that is where they measured his “landing” point from, and in the “bad” image the horse is pictured at a different part of the landing phase, and his landing point is measured from the foot that is further back. Plus we all know that every horse jumps every fence the exact same every time, and nothing but equipment ever influences this — not rider balance, approach, speed, or general attitude on the day!! 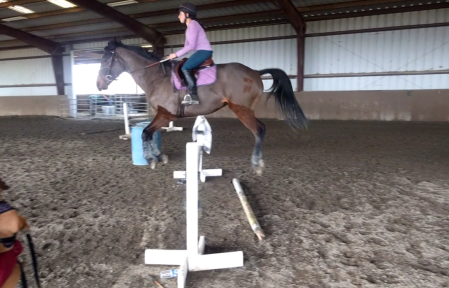 the exact same. every time.

And what about those oh-so-critical study numbers that people are always reporting.  Things like sample size, p-value, effect size, or even the dastardly value of measurement?  “Significance” (their scare quotes, not mine) is all well and good, but if the effect size is less than 1%, who gives a shit?!  Wow, excellent, I can improve my horse’s bascule by less than 1% by spending $350 on your special piece of equipment.  Talk about promoting a quick fix.

There is that upper-level rider’s testimony. He says his horses jump so much free-er in front, and he can feel it.  But really, humans are biased and fickle things, and just because we think something is true doesn’t mean it is true.  Especially not subjective, un-measurable things like the feeling of a free-er jump that might be influenced by free product or small piles of gold coins.

It’s probably just me, but damn am I sick and tired of the lack of science that goes on in the equine industry! We all want to do the best for our horses, and I get that.  But a little bit of testing, common sense, and critical thinking goes a LONG WAY with this stuff.  Fortunately, many readers of this article already figured that out.

And finally, one additional pet peeve: If it’s real science, nobody is ever going to use the phrase “scientifically proven” to talk about it.  Scientists don’t use those words because science is always changing and adapting.

When I lived in Congo, I watched this group of 5-10 year old chimplets, living together in a peer group.  As you might imagine, watching a bunch of pre-pubescent chimps do their chimpy thing all day was a riot to observe, but not necessarily indicative of adult chimpanzee behavior.  They played hard and, sometimes, fought harder, as kids are wont to do.  More often than not they fought over nothing, perceived slights or a toy that couldn’t be shared, a dead frog that everyone wanted.

not kid chimps, but really cute regardless

The “alpha” of this little group, we’ll call him Lousingou, was a delightful young man, not the biggest around, nor the strongest, but magnificent in his own mellow way. I adored him, but as far as alphas went, he didn’t do much. It took me weeks to even figure out that he was the alpha. He was lovely, but he never threw his rank around, for better or worse (and throwing your rank around is literally what male chimpanzees live to do).  One day a screaming, shrieking fight broke out between two other kids in the group group, and it went on a moment longer than usual. Lousingou was sitting by me at the time; his hair suddenly stood on end, he grew five inches (in just the way that horses do when you get to a show), and he barreled over to the fight.  More accurately, he barreled through the fight, breaking the two of them up with the swift efficacy that can only come with great power and great respect.

I was just a flash.  Just a moment.  But it was a moment so clear it was impossible to believe that this wasn’t the alpha male that Lousingou would grow into. If you told me that Lousingou was anything other than a magnificent, big male now, I’d cut off my own hand. 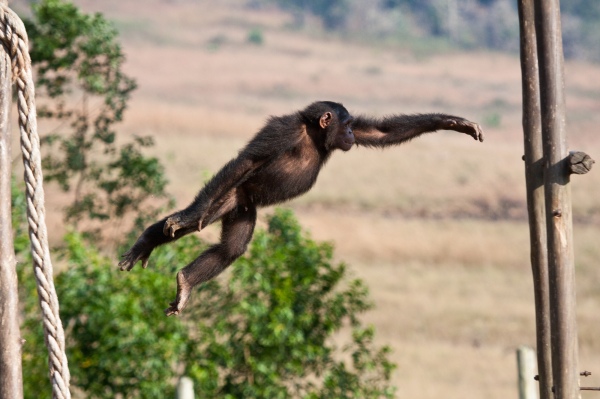 and I don’t just mean a big male by virtue of size, but one of those really important big males who shape the group they live in. a david greybeard, if you will.

I felt moments of this schooling the Zookini XC for the first time on Monday.  It was the girl’s second field trip, and first time on a cross country course.  Of course there were bobbles. The brake line failed multiple times and the power steering went out for sure.  But there were moments — these wonderful moments — where I could just see the incredible horse that this mare will become. 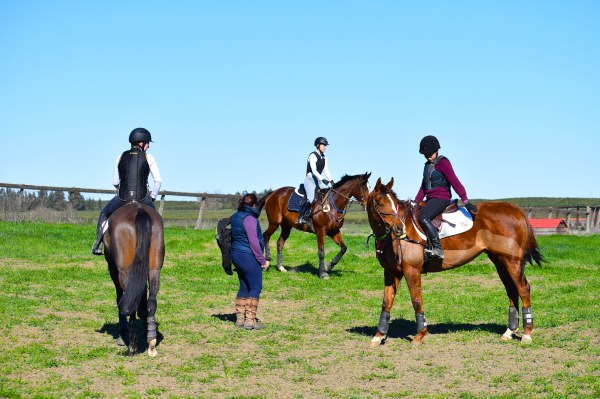 in addition to being an excellent sofa, which she is

At first Suzy was confused by all those gigantic things out there.  Like, what sick creature would put giant, stonehenge-like structures out in the middle of a field of food?  They could not be real.

Once she realized that they were real, and weren’t going to eat any of us, things got better. Suzy led the group, walked in the middle, trotted with the other horses, even cantered in the group a little and didn’t lose her head. The water was easy — easy! 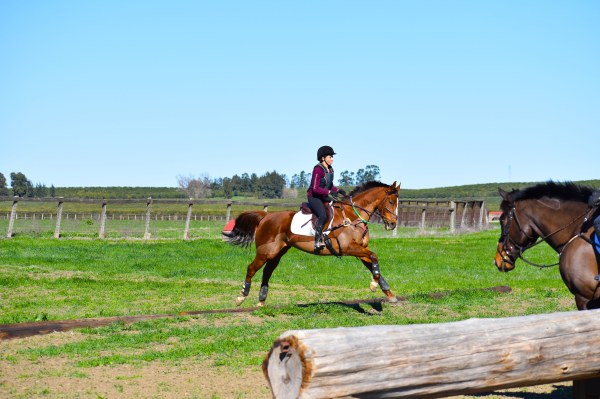 I’ve never really done mares, but everyone who loves them says that once you get them on your side, they’ll give you 150%.  And suddenly, I believe it.  Sookie believed it was her job, she wanted to do it, so she did it.  I’m not sure I could have stopped her if I wanted to.

We jumped some more logs and even the ditches.  We cruised around and ate a lot of grass while our friends jumped much more of the course.  But it was all cool — that was the goal.  Get out, have a great time, jump the things.  The only fence we had a problem with was this little palisade wall.  Sookie didn’t think it was for jumping.  I respectfully disagreed.  We compromised and jumped the wall. 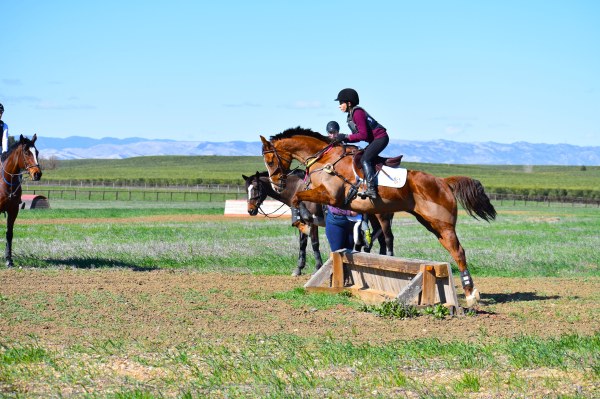 When this mare has an education, she is going to be unstoppable.

[The peer-groups lived that way because they were orphaned (by hunting of their families, each orphaned baby at the sanctuary really represented 5-10 dead chimpanzees headed for the bushmeat market), and because so many orphans had been arriving at the sanctuary between 2000 and 2008 that the sanctuary couldn’t keep up with integrating young chimps into more natural, age-distributed groups.  It obviously would have been better for the babies to grow up with adult chimpanzees who could have shepherded them into chimphood more adroitly than their human caregivers, but sanctuaries do what they can with what they have.]