Phew. These clinic updates are turning out to be farther between (though hopefully not fewer) than I anticipated. Why does real life have to be so fucking busy?  I don’t even know.

Friday at Convention was one of two main lecture/talk filled days, and included an Adult Amateurs Open Session.  I came into this session a little late, and when I got there Bunnie Sexton was answering questions from people in the room.  For me this amounted to a low-interest discussion of different jumping exercises that she keeps in her arena at all times (I’d much rather get that info through a lesson, it’s always just a little weird to me to just talk about these things without the context of the horse), and a moderately interesting discussion of how to shop for a safe, fun, and trainable Novice-level beer buddy.

But then we had a surprise speaker come in, and it was BOYD! 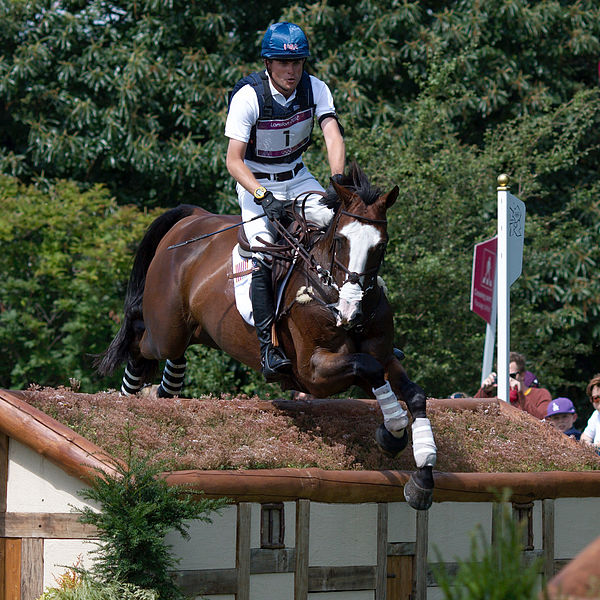 If you haven’t watched his keynote, it’s live on the USEA website now.  It was a great one — funny, endearing, full of adventure.  The only thing it could have used was more pony pictures!  And yes, he’s just as adorable and dreamy in person.

Boyd made a few comments that were pretty interesting, so in case you missed the live stream (I’m not sure there’s a way to watch it now, after the fact), here’s a few of my notes.

It’s a privilege to feel stressed

Boyd’s first comment about being an adult amateur is that the stress we feel during horse shows or before cross country is a privilege. We do this because we love it, and it’s a hell of a lot better than sitting on the couch watching Nascar drinking Bud light (his words!).

We get to do incredible things because of the strength, speed, and power loaned to us by horses.

The flip side of this, to me, is that if we don’t appreciate or feel privileged to have that stress… maybe we’re doing it wrong.

One rider asked Boyd about warming Crackerjack up in a hackamore at Rolex. Boyd responded with a story about Crackers coming out of dressage at Badminton with a little blood in his mouth because he would get so tense and forcefully brace on the bit in a show environment.  In this case, the official noted that it was a really tiny amount of blood and didn’t eliminate the pair.  But because of that incident and Crackers’ obvious self-injurious tension during shows, Boyd started warming him up in a hackamore. (Evidently this had the positive side effect of unlocking a better way of going for Crackerjack too, so it was a win-win.)

So I asked a follow up question about his opinion on blood rules. What did he think of them as they currently stood?  What about repeat cases?

Boyd responded without any real specifics. It’s eventing, and injuries can happen anywhere (especially on cross country) and in all kinds of interesting ways.  It should be evaluated on a case-by-case basis, and blanket eliminations might not fit all cases.  Bland and politically correct?  Certainly.  But there were little nuggets in there.

Boyd saw that his horse could incur an injury from a piece of his equipment — however strange and rare the injury might be — and changed his equipment to prevent injury to the horse (and subsequent elimination).  If nothing else, I would expect that to be the standard he holds other riders to.

You can improve him, but you can’t change him

In response to a question (sorry, can’t remember the exact question), Boyd said that an important thing to remember with horses is that you can improve them, but you can’t change them.

He gave an example of an OTTB he rode who jigged in the walk during the trial. He thought, no big deal — we can relax him and get the jig out.  But every time they had to walk in a dressage test at a show, that jig came right back out. 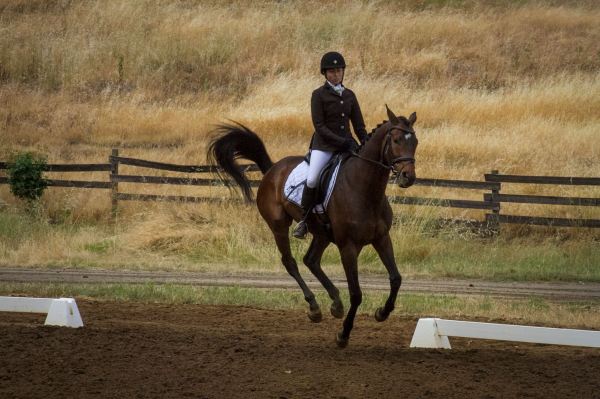 I’m don’t think Boyd meant “you can’t change anything” about a horse.  But in times of stress, we always see those habits coming back.  A horse whose inclination is to pull and gets heavy is going to revert to pulling and getting heavy when things get tough.  A  horse whose inclination is to invert is going to invert when the going gets stressful.

It made me think a lot about what traits I’d want in a future horse, and what habits I’d be willing to live with.

My favourite piece of advice from Boyd.  He sees a lot of amateurs bombing around the lower levels on a horse who is capable, just getting by, doing okay, but also being a little bit sketchy, maybe even dangerous.

Try harder, he said. Ride better, improve your skills, improve the way your horse goes.  Hold yourself to a higher standard.  Don’t accept winning just because your horse can get around.  Just keep getting better.