I had a ton of fun last week at the USEA Convention.  I’m a learning sponge and love the chance to meet and joke around with famous strangers, so conventions and conferences are always my jam.  Plus I got to have lunch with Jimmy Wofford and dinner with Lynn Symansky, Hannah Sue Burnett, Katherine Coleman, and Jon Holling ALL BY ACCIDENT which was so awesome.

Plus there was a giant Pacific octopus there, and what’s not to love about that?!

I could tell that the USEA worked hard to make the conference something that both professionals and amateurs were interested in attending.  There were some great educational and information sessions targeted at amateurs, and plenty of pros popped into those.  I’ve enjoyed Daniel Stewart’s work before, and got accidentally roped into working out with him first thing in the morning (and woah, did that hurt for days afterwards because all I did post workout was sit around and listen to talks).  I attended a couple more of his pressure-proof type talks, and they were as great as before.

I also loved the course builders session.  It was a really interesting combination of updates on rules (new frangible pin rules and max spread rules and such), but also a great discussion of the mysterious “level creep” and why it both is and isn’t a problem.  I’ll probably write a whole post on that tonight, because it’s an idea that really fascinates me.  We also talked a fair bit about Prelim  Modified, the new division, and how the fork we were going to get PM into events.  One problem is that it costs about 15k (and then some) to put together the new fences for a PM division, but no new riders will be attracted by PM… it will only be riders who would be riding Training or Prelim anyway.  So… what’s the incentive to offer PM to organizers?  (Right now it seems like the answer is: none.)

Boyd also gave a pretty killer keynote.  But he also said some really interesting things in the adult amateur session about how getting to be stressed out is a privilege, and his thoughts on training and fear.  It also became pretty clear that he’s a total nutjob in the way only professional athletes can be, so I guess that probably helps you get back on after a rotational fall. 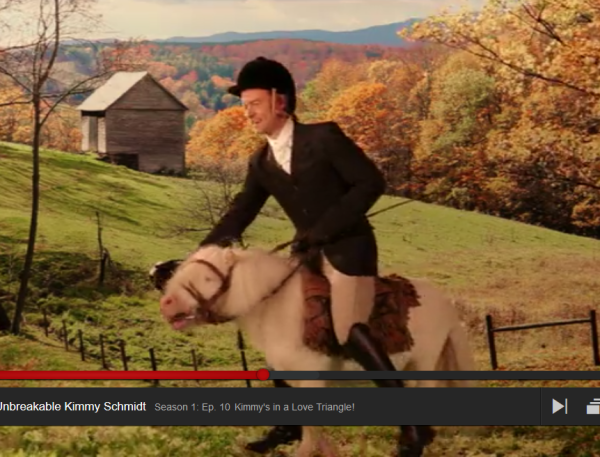 To top it all off, I got to drive there and back with a couple of trainers/elders from my area and learned a TON from them, along with talking about some fun ideas for data analysis and future show plans.  SO COOL.

Really, a great trip all in all. Now to organize my notes a bit and tell you what I really learned!