Though it’s less fun than training my pony to perform like we are in Cavalia, I’ve focused on several functional and important behaviors in Murray’s clicker education.  There are a couple of really important, glaring behaviors that anyone familiar with this horse will know we need to address. 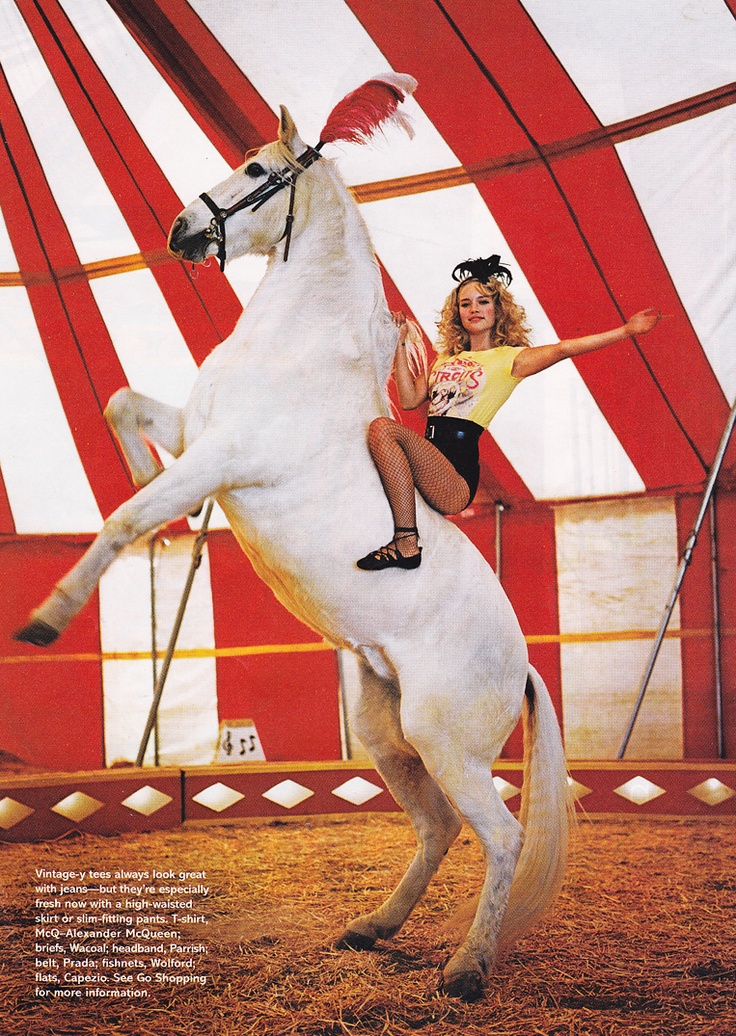 but… tell me why this is a bad idea?

More specifically, homeboy really needs to be able to tolerate the sensation of a girth being buckled up without melting down to the point of breaking halters or himself.  We’ve made HUGE progress on this with consistency, bribery, strategy, well-fitting saddles, fuzzy girths, and me paying a ton of attention to Murray and the environment during our whole grooming-tacking routine so I know kind of mood he’s in.

There’s a lot of stimulus that goes on during tacking up, especially for a sensitive boy like the Mu-ray.  There’s flapping fabrics and leathers, clinking buckles, great leather torture devices being slapped over his body… really, the fact that he tolerates it at all is a minor miracle.  And that is, at best, what he does —  he tolerates it.  But the whole point of this clicker training adventure is to change his feelings (and maybe thinkings) about it.  I get that for some clear-only-to-him reason he hates the initial feeling of having the girth put on.  But right now he sticks around and wiggles minimally* because he knows that it’s harder work/less pleasant not to do so.  I want him to stand still because he wants to do the right thing to get delicious, delicious candy.

(*Minimally for him, depending on the day.)

I’ve already started working on this.  The first step was teaching my horse what “the right thing” even was.  I’ve known for a while that he doesn’t actually have a solid idea of what I want him to be doing when tacking up.  He seems to understand that running away is not the thing, but there are a lot of things that aren’t technically “running away” but still aren’t the right thing (a problem with punishment-based training methods).

behold: the thing i want him to do! ideally with that bored expression on his face also

Fortunately, station/target training is a great placeholder for “stand still” right now. (“Stand still” is a very hard behavior to teach also, because it’s the absence of everything else.  And many learners think of doing to earn rewards, not not-doing, so then you have to teach them that not-doing is also a thing. But I digress.) I’m happy to tack him up with the station in front of him for the rest of time if that’s what needs to happen.  I don’t think it will be, but we’ll see. A lot of what goes on during the station training sessions is clicking and treating Murray for standing at the station for increasing amounts of time, and while I’m doing other things around him.  This includes touching him all over his body, picking out his feet, basic grooming stuff, etc. but also me walking away from him or standing in different locations.  Once Murray understands that standing at the ball is what I want, and is habitually rewarded, then I will have a huge tool in my kit for all kinds of future development (think: what if the station is by the trailer when we’re away from home, and suddenly it’s not such a great thing to break away from the trailer any more?!).

To get to work on the rest of it, I started with an interesting idea from Jen Digate of Spellbound horses: using flight to reinforce staying still.  It’s an interesting idea, and one that would definitely not work when you are working with a horse in hand (too dangerous), but in a paddock situation, it was something I could work with.

paddock large enough for some controlled flight — and look! the inherited blue jolly ball abandoned in the corner!!

I specifically started flapping a girth around while asking Murray to station at his jolly ball, and rewarding him for coming back to me and the jolly ball even if he did run away.  We pretty quickly got to a point where Murray didn’t run away from the girth any more, but he did flinch and step away slightly whenever I raised it, as if unsure about what my plan was for the girth.  I couldn’t click his behavior of standing still quickly enough, because he wasn’t really offering it.

One of the tracks that a lot of R+ based trainers get stuck in that shaping a behavior (clicking spontaneous offerings of something like the behavior you want and then only clicking for successive, more accurate iterations) is the best way to train a behavior. And maybe it is. But my experience with animal learners is that sometimes you get to a place where you have to push the established paradigm a little bit to get to the next step of learning — by luring a behavior, or in my case, forcing the issue with the girth.  So I offered Murray some grain in my left hand, and gently placed the girth over his back with the other.

Interestingly, this did the trick. Murray didn’t love it at first, but he habituated to the feeling of the girth really quickly.  After I pulled it of his back, Murray no longer flinched or stepped away from me when I raised the girth.  It was as if he better understood my intentions and was more comfortable with what I was asking.  I got to move back to clicking and treating for him stationing at his jolly ball (with a very high rate of reward for this challenging behavior) while I took the girth on and off of his back and moved it around up there.

Since that session, I’ve put a saddle pad and surcingle on him with similar success.  There was for sure a little flight when I did that first surcingle buckle up, but after two iterations he was more than happy to stand still.  I’m not quite brave enough to try this with one of my hard-won saddles yet, but we’ll get there.

Obviously, this will need to be adapted for tacking up in the cross ties or barn aisle.  It’s not going to work for Murray to run away even a little bit in those areas, especially not if other horses are about.  I also know that he’s less comfortable on the asphalt surface of our barn aisle (crummy traction maybe?), so I imagine we’ll need to repeat this process ad nauseum in there as well.  But there are a ton of great building blocks in what we’ve worked on so far!  (And we haven’t even gotten to the twitching/braiding/face holding stuff yet!)

8 thoughts on “re-training tacking up”