Northern California (plus much of Oregon, Western Nevada, and maybe even some of Washington?) is having some kinda record-breaking storm this week. I say “some kinda” because while it is rather abnormal for the time of year, it’s hardly the 15″ boldly and ridiculously predicted by a few news outlets.

Yes, a few places got 15″ over the last 7 days. A few exceptionally wet and rainy places.  Most of us got a bit less than was predicted — I think we were supposed to get 5-7″ in Sacramento and we got about 4. Maybe 5, if you include yesterday’s totals.

That’s nothing to sneeze at for us, though!  That’s January’s average rainfall in one week.  It’s left us feeling rather… damp, if you will.

This used to be a road. 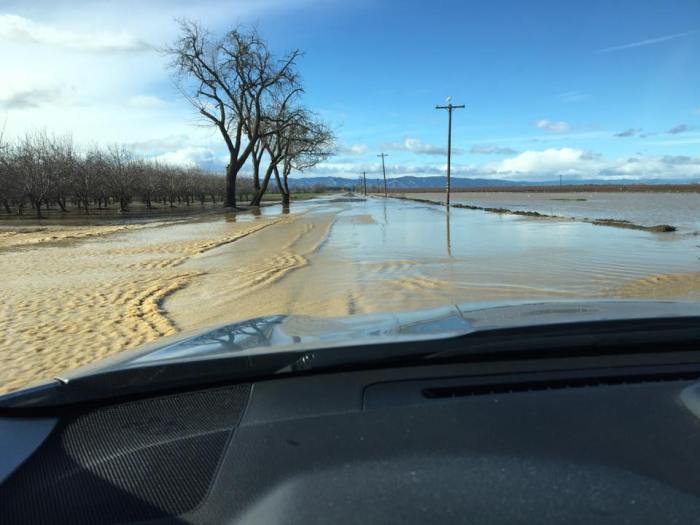 This was a hay field.  I would say that at least 20 acres of the property/ies picture here are under at least 6″ of water.  I have no idea when it will dry out, since there is no accessible ditch nearby (on the other three sides it’s separated from roads/canals/ditches by at least 30 meters).  So… that will be an inland sea for the for-sea-able future (see what I did there?!) 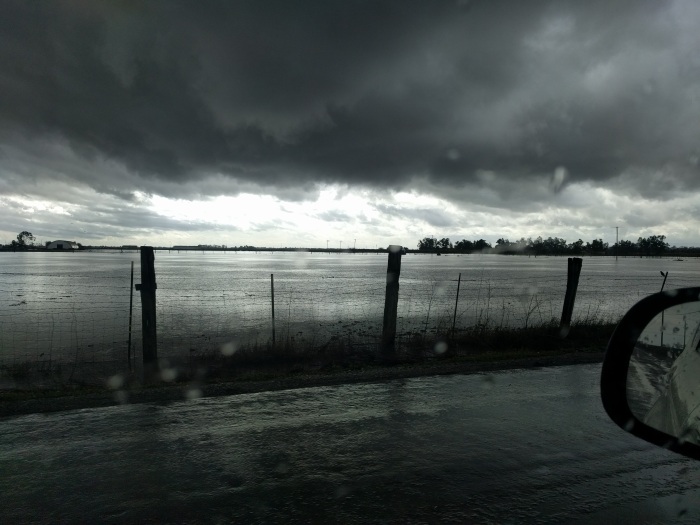 On the upside, our barn drained incredibly well and we aren’t experiencing any adverse effects.  Our outdoor arena was already closed and sealed – coincidentally, since we got a new delivery of footing right before the rain started in December.  The paddocks off the stallsa re holding up, and the pastures are looking solid.  Across the street from us though… 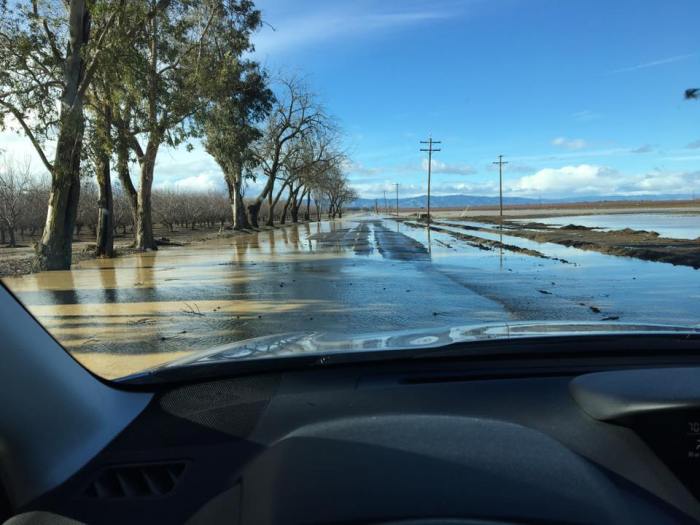