The horse show at WSS was super.  Super tiring, and for much more than the day of the show.  I’m not sure what we were thinking, trying to organize a one-day as our first event, but we did it!  Phew.  I am so grateful to everyone who came out to help and anyone who offered to help — even if you couldn’t come.  Just knowing we had so much support was incredible!

There were some unfortunate scheduling miscommunications with the facility owner that led to us mulching, flowering, and numbering the course until it was, quite literally, too dark to continue.  And then we did it again the night before the show with the stadium course.  The worst part of the day was walking into the show office at 6 AM only to be told that the dressage test times had been messed up on StartBox and the rider interval was now only 2 minutes apart.  Cue abject terror.  Fortunately, it turns out that the stickers were simply organized in the wrong order and the interval was just. fine.  I even got to scribe a bit, which (as I told the dressage judge) was my dream come true.  Once our actual scribe showed up, I went back to my other duties, but it was good while it lasted!!

There were growing pains, for sure, but because we worked our asses off leading up to the show the day of went really, quite smoothly. And I absolutely cannot thank those people who came out to jump judge for me enough.  They sat out in the sun for seven hours making sure horses were supervised, jumps got judged, and scores got to the office in a timely fashion!

All the work leading up to the show has affirmed in my mind that if you go to horse shows and don’t ever volunteer (or donate your money if you are too busy), you are, in fact, an asshole.  It’s an irrefutable fact.  The amount of time it took to get this horse show running smoothly would have necessitated at least double entry fees if we wanted to pay people to do all those jobs, and I don’t think anyone wants that.  So go forth and volunteer!

Four days later I think I’ve finally caught up on all that missing sleep (and homework grading for my students! oops), and have recovered from my biggest horse show hangover yet.  And I can’t wait to do it again!!!  Also, I will finally get to ride my horse for the first time in two weeks!  Happiness is here again. 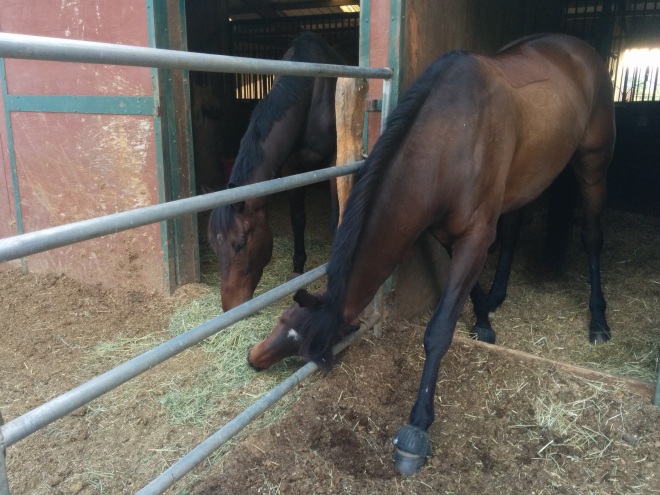