I didn’t intend to just dump a bunch of media again today, but after the show ended on Sunday I got caught up making poke and playing Catan with my roommates (pirates and spice aisles expansion pack!) and looking and pictures and writing just didn’t happen.  So enjoy some highlights of my show this weekend!  Many more (extremely, extremely) entertaining details to come. 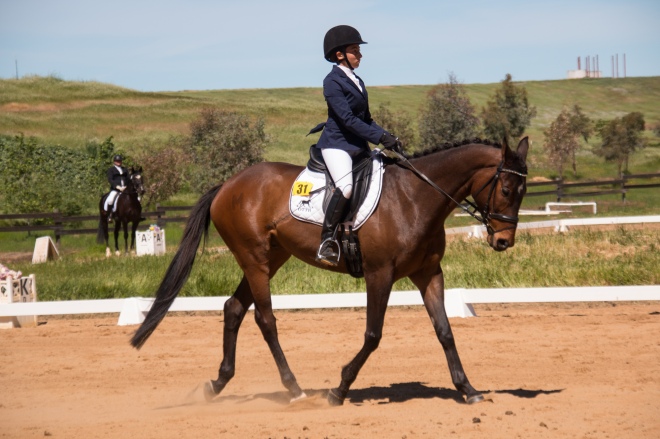 We put in a solid dressage test.  Among our best, actually.  Our scores did not reflect this. 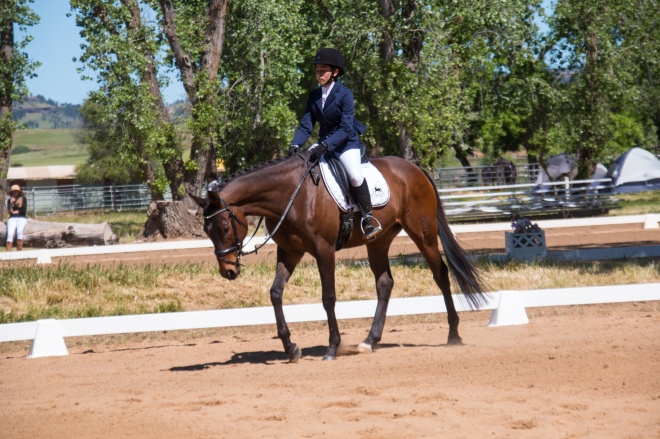 Some of which was due to a photographer moving her monopod right in front of Murray’s face at this particularly opportune moment.  UP PERISCOPE! 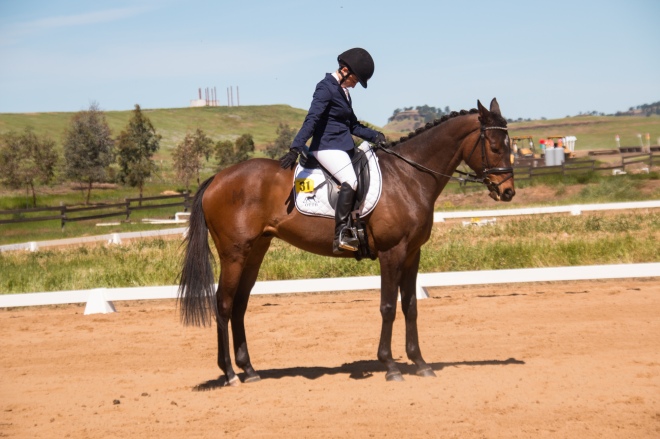 Murray expresses dressage feels and my show coat makes me look wildly portly.  Those braids are pretty legit, considering I rather desperately needed to pull the top of his mane more. 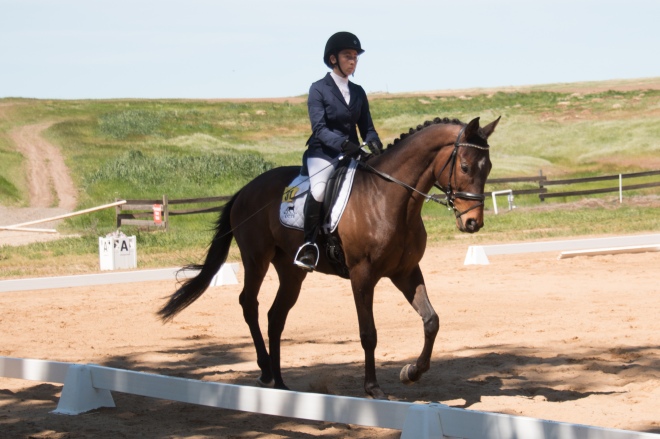 We also did some derpssage!  Murray is faking it here, and probably not really listening to me or using himself, but look at that neck!  Sometime in the last year it seems that princess horse discovered he has one of those!  Also, I look like David Schwimmer.

Since we camped I had the clever idea to take some long exposure shots of the dressage court illuminated by the moon with Orion and Taurus hangin’ out above us.  It was worth it. 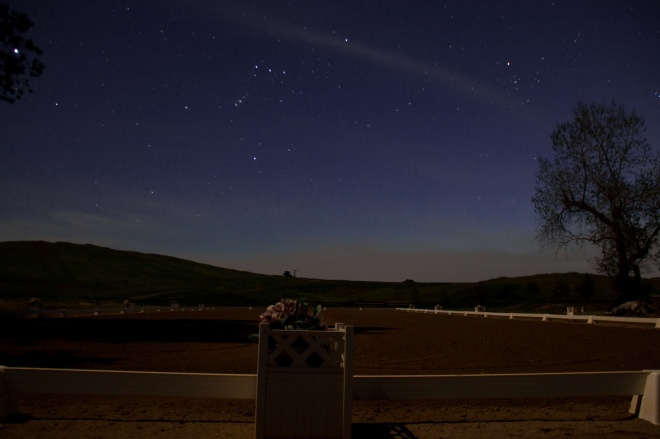 I took this on ISO 400 with something like a 13 second exposure at 9 or 10 at night.  I am pretty impressed with my little camera’s abilities.  (It’s actually not very little, it’s quite large.) 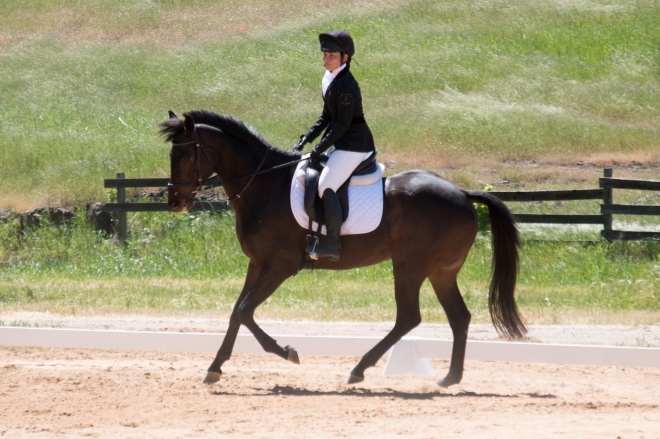 They went on to win their class, by the way!  He is a cute baby.

Murray rocked the stadium warm up but we biffed the actual stadium a bit.  We started out by refusing to look at the first fence… 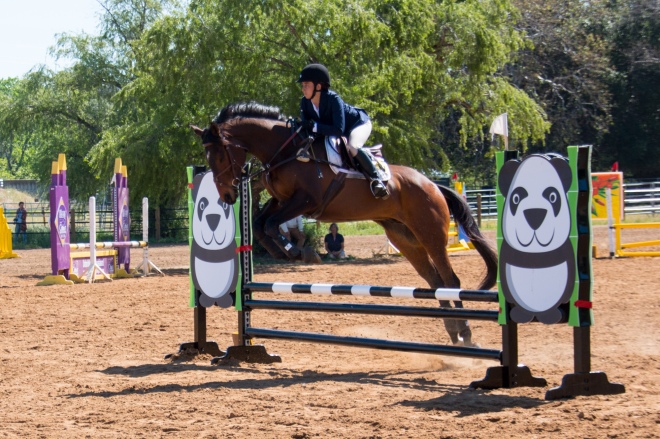 And then I forgot to sit up WHILE I put my leg on, and ended up curled a little foetally around his withers… 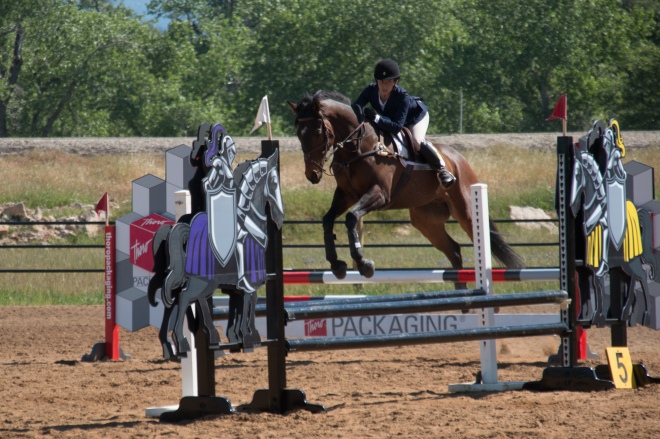 Much to my dismay, Murray was afraid of the unicorns.  Not the knights, though! 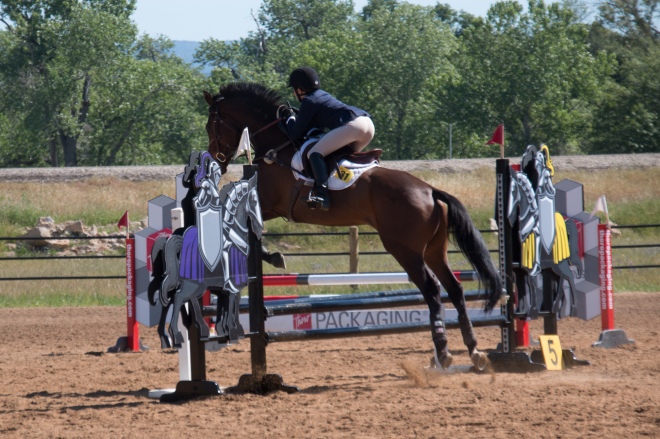 Super weekend with super learning experiences!  There is much to tell (tomorrow).