I’ve only ridden dressage three times (or four times?) since coming home from dressage camp, and the first few rides were, uh, uninspiring.  I’m not sure what it was, between the lack of a strict German task master telling me what to do every step, perfect footing, arena mirrors, daily bute, or perhaps just the change of scenery back to the place where Murray’s naughtiness reached its truest potential, Murray was like “oh no, no, Miss Nicole…”

I started each ride out as I had at MIL’s house: lunging, and asking Murray to really push from his hind end and relax through his back.  We kinda got it, but everything was so much more lackluster at home.  Murray was lazy and behind the leg (or whip, when lunging), and everything was just so much more challenging.  Once I got on to ride the challenges continued.  My first dressage ride when I got home was in full view of a bunch of friends to whom I had gleefully pronounced my looooove of dressage camp and my trainer and Murray was like “oh I remember this thing I love to do! It’s called BUCKING!!!!!!!!!!”

Considering that he didn’t buck once at dressage camp (he was probably sick and honestly could still be dying, one can never be sure) I was like wwwwwwwtttttttttfffffffffff.  I called MIL and said that I think Murray thought of dressage camp as Vegas, “what happens at dressage camp stays at dressage camp.”  She suggested I hold the phone up to his ear so he could hear all about how much different his life could be… 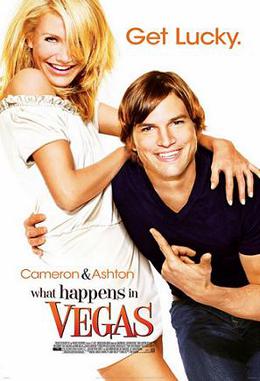 Anyway, enter today.  I was a bit rushed in the morning, but thanks to Murray’s new sleazy and the glory of winter blankets, he was relatively clean and all I had to do was pick feet and tack up and go ride.  I didn’t even bother to put on polos as I knew the indoor would be a disgusting mess, and I want to wait until I have washable boots for that.  Once inside the indoor I struggled to find a space big enough for us to lunge, and even after moving a few fences around Murray was like “hah, you must be joking, I’m going to trot around you in a 10 meter circle and go nowhere near those things.”

I wasn’t really into that, for many reasons, so I led Murray back and forth near the fences a few times and then continued lunging.  I decided that, no matter how “scary” he thought they were, he would just have to pony up and go by them.  The first few times I tried to steer him close to the fences he was like “nope! not having none of that!” and tried to run sideways or stopped in front of them.  Once I made it abundantly clear (snap snap, goes the lunge whip, snap snap!) that forward was the only acceptable direction Murray was better.  I didn’t want him to go over those weird deconstructed fences, just near them.

Understandably this got Murray pretty riled up, and the first few passes were lurch-lurch-lurch-CANTER PAST SUPER FAST OMG SAFE NOW trot OH GOD ARE WE BACK TO THOSE THINGS kinda deal.  But I just persisted.  I wasn’t mean or angry, I just kept pushing him past the scary place.  Eventually this resulted in Murray relaxing and giving me some fairly nice trot, as he would naturally push a little more as he went past the scary spot and then relax as he came around the rest of the circle.  I changed directions, and we had the same conversation again, but I knew it was coming.  Murray has always spooked more at things on his left side than his right side, and I had always thought it had to do with having better or worse vision in one eye (if his vision was better in the left eye, perhaps he could see how TRULY TERRIFYING that scary thing was, and if the vision was worse, perhaps the once-okay thing was now blurry and TERRIFYING) but my MIL said that most horses react much more extremely on their “stiff” side.  Something about them feeling less capable of getting away and more uncomfortable in general heightens their sense of self-presevation and fuckoffery.

So we played the same game right, and then left again.  And by the time we were done with that, Murray was behaving quite nicely.  MIL said short rides for a little while until Murray’s muscles are a bit stronger and more elastic, so I planned to do only a little of what we had practiced at dressage camp.  Because I’m incapable of riding well without a plan, I decided to work on sitting trot-walk-sitting trot transitions, using only my seat and core and no legs or hands to make each transition happen.  Once I’d done a few of these each direction and Murray felt sufficiently loose, I would canter once each way and call it a day.

Getting Murray together at the walk is always one of our biggest challenges, as he has a lovely walk when he feels like it, is leaving the arena, or is power-walking away from something scary, but gets really tense and refuses to use himself with a passenger.  Add a little contact to that and we’re practically going backwards.  But once we got put together I asked for some trot and… nothing.  I clucked and kissed and… nothing.  So I smacked him in the stifle.  That certainly got a reaction, and once Murray realised that this was for real he was quite responsive to my seat aids.  I am still working on saying “trot” with my seat, but combining that movement and a cluck has us moving in the right direction.  We did a few transitions, changed direction, and I thought about “shoulder fore” going right.  Right is hard for Murray (despite my insistence/thoughts of the past that left is hard!), as he has to stretch out his left side and put that right hind under, and accept the contact on the left rein (the devil rein).  He naturally wants to hang out with his haunches inside the circle a little, so to be straight he really has to be doing a little shoulder fore.  This was hard, but not sooo hard, and a few more transitions later I was quite pleased.

Oh and all of this? Done at a sitting trot. Magical.

The really interesting part of our ride came when we cantered.  Left was fine, and I actually managed a nice canter-sitting trot transition without feeling like I was going to bounce out of the saddle.  We changed directions, and going right I struggled to keep Murray forward + round + straight, so was working on that and Murray was like “actually I hate this game” and did what he does when he hates playing a game.  Amidst the bucking he tried to re-direct traffic so we were tracking left again, and I was like no way.  I did what Chris Scarlett told me to do and took the right rein and made his head go right, and the bucking immediately stopped.  We also stopped, but that was okay, we were still pointed right.  And then we continued on our merry-right-going way and he was fine.  A little agitated, but that lent himself to being a bit more forward, so I just focused on the loose and relaxed portion of things and he was great.  We ended our ride shortly thereafter.

I’m not certain exactly what it was that made this ride so much better.  I didn’t ask for too much and certainly didn’t let Murray get too tired, and the lunging work really seemed to help.  I was also trying out a new saddle (more for me), but possibly that helped too.  But it was nice to feel a bit of what I felt at dressage camp and get excited to do more of it soon!