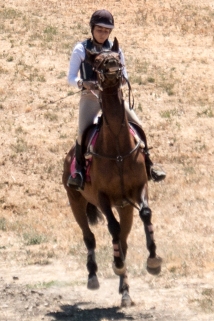 Any reader of this blog is already familiar with The $900 Facebook Pony’s article and subsequent petition regarding the blood seen on upper level event horses at the recent Fair Hill CCI three day event.

I am honestly not very interested in exploring the reasons surrounding this particular event — it happened, and of course I am curious as to why, and find myself hard pressed to believe the reasons that are being presented.  But I don’t need a deep investigation of the rider, equipment, or circumstances, really.  What I’m more interested in is what the USEA, USEF, and FEI might be doing to make this right.  And what we, as members, competitors, and horsepeople would like to see in order to make us comfortable that animal welfare and wellness are not being compromised.

As one commenter on Amanda’s article pointed out, blood on horses at the FEI levels of competition is not as rare as you would expect.  And I think many people would agree that blood anywhere on a horse should not immediately constitute dismissal from the competition.  (Hell, if that were the case, I’d have been eliminated from at least half the shows I tried to go to.  Because when your horse breaks away from the trailer habitually, he inevitably ends up nicking himself and bleeding all over his own feet and that’s not embarrassing ever or at all. Nope, nope.)  However, blood on a horse is always grounds for investigation.  First, on the behalf of the rider, you need to know if your horse is sound enough to continue at that level of work.  Second, from the perspective of the ground jury, it is imperative to know if the injury was sustained in the course of competition.

Because the horses can’t speak for themselves.

Aside — of course, many horses tell their people in no uncertain terms whether they want to be doing their “chosen” discipline or not, but that is not the point here.  Even when horses love their jobs, they can be endangered by poor human choices in many ways.

So, what can USEA and the FEI honestly do about it?

Making an effort would be a good place to start.  It’s possible that more was done than was revealed to us about the most recent event of blood on a horse, and that information simply wasn’t disclosed to the public.  We don’t need a pile of press releases or publicity stunts, but a little bit of openness would go a long way.  Every rider has a right to keep the health of their horse private, but when a horse’s welfare is compromised in such a visible way, the public also has a right to know that everything is being done to ensure that these are isolated events.

What does this realistically mean for times when a horse is visibly injured?  Well, I’m not sure.  My gut says that making pictures and a veterinary report of sorts available by request would be one thing (this could easily be done in a members-only portion of the website), but another part of me says that might be a bit much.  A limited veterinary report then?  A possibility.

Whatever level of information is released to the public, it is imperative that the appropriate governing bodies keep track of these matters internally in an organised fashion.  Good records mean that it’s possible to do data analysis later, looking for patterns of when and where such incidents occur.  With good data collection you can ask all kinds of questions, and get all kinds of answers.  Do horses bleed more often at higher levels?  With certain equipment?  At particular venues?

Of course, being a scientist, I think that more data analysis on how equipment use affects horses would be fascinating.  What, really, is the emotional and physiological response of a horse when you change their bit?  Wouldn’t that be interesting to learn?  Probably out on a 1* or up cross country course the hormones and emotions raging through a horse’s body easily overrun anything they might be feeling about their bit… but perhaps not.  Anyway, I’m getting ahead of myself.  That would be an interesting study, but hardly one that will be completed by the USEA any time soon (It’s not like they have spare scientists and funding just hanging around.  And if they do, hey, USEA, drop me a line!) 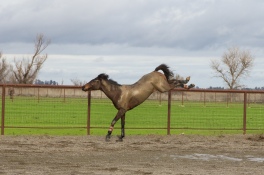 As participants in a sport, a sport we love, where partnership is an enormous part of the equation, we should aspire for that sport to be the best it can be.  And rule changes aren’t just for the horses, they are for us too.  So that we can respect ourselves as athletes and human beings.

And what doesn’t help?

Ad hominem attacks.  This isn’t about Marilyn Little, or Jock Paget, or this rider or that horse.  It’s not about riding right, being a better rider, or a worse rider, or this technique or that one.  This isn’t even about upper level eventing, dressage, show jumping (or whatever) being abusive or inappropriate (I think all high level athletes would attest that they abuse their bodies to a certain degree).  This is about good horsemanship overall.  It’s about making sure that our equine partners in this endeavor are as happy and healthy as possible, in an endeavour that is already dangerous enough.

11 thoughts on “some garbled thoughts”

everybody's working for the weekend
Twenty Four Hours on the Farm, a vignette
over and over
It does not suck here. 10/10 will stay.