Ever since Camelot Murray and I have been struggling to get our jumping groove back.  What once seemed so effortless and flowing has left me huffing and puffing and wondering where our mojo is.

It’s not been all bad.  This has forced me to iron out many kinks I was allowing to linger in my riding.  Because, you see, when you have this really forward, honest horse that will jump anything from whatever shitty angle/spot/position/swinging lower leg you put him into it at, a little part of you might just keep letting your horse jump like that, even when you know better and know you have to improve.  Murray has also had some lateral imbalance/weakness going on, and I’ve had to come to terms with how much my own position might be affecting those things too.

After a jump lesson where Murray basically couldn’t not drift left over the jumps, and in which I reacted rather poorly to such behavior, I paid very, very close attention to how my body was “sitting” on Murray’s during my next jump lesson.  Much to my surprise and dismay, I discovered that when we’re tracking left, if he’s blowing through  my left aids I — for some reason — twist my upper body to the right in an attempt to move him over.  So no wonder he was falling left.

The left drift isn’t all me, I noticed it even when I was being super conscious of pushing him into my right rein, so there’s definitely some strengthening to do there.  But now that I know my part of it, I will work on forcing that out of the equation.

B demanded that we jump a vertical in both directions without drifting before we moved on to adding additional jumps.  Once we had the no-drift on the vertical down, B added in another vertical halfway around the arena.  Our first ride into that Murray chipped in a pretty short stride, so B had me push him for the open spot.  It worked, but since my pushing him to scary fences in my last lesson didn’t work out so well I was a bit apprehensive.  Our lesson was pretty fast-paced with lots of cantering around, and the little beast is getting hairy quite rapidly, so we were both sweating and huffing and puffing by the time we got to the first fence that he questioned.

Murray just kinda… stopped in front of a cord wood stack that we have jumped several times before (though not in this location).  It was in a bending line coming off a big-ish oxer, and I blamed his tiredness as he sputtered out to the fence.  B was having none of it.  Apparently we are both advanced enough that being “a little bit tired” is not an excuse, and Murray wasn’t that tired anyway.  So I drove him to the cord wood and he jumped it, but put in a pretty big chip again.  I watched my left drift and forced him onto it straight, and it was fine.

When we started up our next course I could feel Murray sputtering out as we approached a fence that crossed the arena, so as we came out of the corner I reached back and gave him a tap on the bum with my whip.  I’ve been practicing moving my hands around and jumping one handed so I’m more comfortable giving up the reins close to a fence, and in this case it really paid off.  Murray picked up the pace, added power, and took a huge long spot to the fence.  I mean, we’re talking a solid 9′ takeoff to a 2’9″ fence (which he jumped more like it was 3’3″).  The kid barely has a 9′ stride, so that was a launcher.  My whip hand kinda flailed in the air over the fence and I only really regained my reins upon landing, so Murray was a bit flustered and concerned that I might hit him again, but it got him really listening for the rest of the lesson.

Coming into the two-stride line for the first time I opted to back off a bit and let Murray pick his own spots, even if it meant getting 3 in the combination.  B said I should just be prepared to ride the combination either as a 3 or, if the chip into the first one sent us forward, as a 2.  Murray was predictable and put 3 in the first time.  The second time we came around to it he also chipped into the first fence, but instead of sitting back for the three he opened up his stride and made the 2 with another launcher over the second oxer.

The two long spots are really the notable parts of the lesson.  First, Murray has never been inclined to decide to take long spots.  Some combination of my personality and his personality and athleticism have made it such that we can chip into anything up to — oh about 3’3″ — and get over it reasonably.  That’s not to say I prefer to chip into big fences, just that we have and it’s not been the end of the world.  B pointed out that chipping in is not always the right choice.  It doesn’t always get you out of trouble, you can’t always make it over the fences, and it’s not the most energetically efficient thing.  So it shows some maturity (I hope?) that Murray considered some long spots and didn’t think they were the worst thing ever.  In fact, he thought they were so much not the worst thing ever he put in several others throughout the lesson and a subsequent jump school. 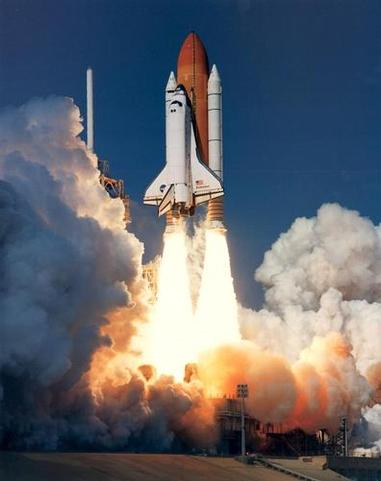 Even better, these weren’t flaily-flat long spots that he took out of a misjudged distance or mistaken ground line.  Murray coiled up his haunches and launched us over those fences with plenty of room and energy to spare.  This is where my old position — imperfect in many ways — was superior to my current position.  If I’m a little bit out of the saddle and balanced in a half seat, then I’m more prepared to fold my body into those long spots as they come, instead of being surprised by them because I’m actively sitting back.  However, the better thing would be to strike a balance between sitting back and up and just slightly out of the saddle (as I saw many riders do at the Sac International this weekend) so that those spots aren’t surprising and I’m in a defensive position if I need it.

There is much to work on.  But it’s really nice to know that my horse is both mentally and athletically inclined to jump better, and bigger, things.