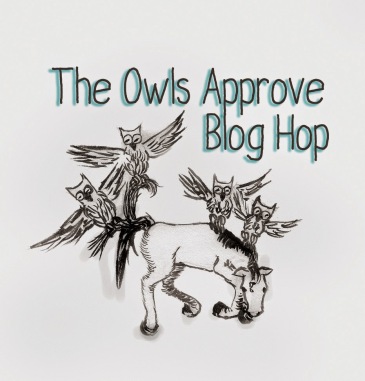 Idiosyncrasies.
What personality quirks does your pony have?  What makes him or her special?

This question was MADE for me and Murray.  Seriously.  He has been describe as “the quirkiest horse I’ve ever met” by more than one person in the horse industry — so it’s not just me!  He is extremely “special” and that is not generally a compliment.

Let’s start at the beginning, with the idiosyncrasy that marks him and all of his siblings by the same sire: the extreme, extreme girthiness.  On the track he went over more than once when they were trying to do up his girth, and even when he’s not ulcery he is super sensitive and I have to take girthing up extremely slowly.  I always start on the absolute loosest setting I can get away with, and bribe Murray to let me add another hole by distracting him with carrots.  It’s a whole song and dance, trust me.

His next biggest idiosyncrasy would have to be his extreme loquaciousness.  He’s not vocal in the way normal horses are vocal — oh no — he doesn’t call for his friends or whinny with glee at feeding time.  I’ve gotten a nicker or two out of him when I haven’t seen him for a while or if he’s been off grain for a few days for whatever reason, but for the most part he doesn’t tell you about how happy he is.  No, what Murray is vocal about is anything he is remotely displeased with.  When he starts to give his back and really has to try during dressage, he grunts and groans with the effort.  If I have to kick for a lead change, he might just let out a primordial scream as he kicks it through.  If I have the audacity to do more than tap him with the whip, I get a “HRRRRRRRR” in return (and probably a buck).  Murray is nothing if not happy to let you know his opinions.

If you turn the sound up real loud, you can hear him scream after Alana tells me to kick kick for the change.

Probably the funniest of Murray’s quirks is his go-to protest move: just lie down.  This has happened more than once to me, and several times before I started riding Murray.  Off the top of my head, here’s a few of the non-sleeping-appropriate places he’s lay down:
– under the stairs after flipping out of the cross ties
– in the barn aisle while being disciplined
– in the arena as soon as a working student mounted
– on cross country and in a pasture with me on him
– after hitting the end of the lead while tied when being tacked up
– while sedated during his dental with his head still in the speculum
This kid knows where his safe place is, and it’s in the fetal position on the ground.  Usually after he lies down it takes a  minute to get him back up, and then he shakes it off and shockingly recovers really well.  If only he wouldn’t lose so much hair in the process. I have no idea why this image has such a weird border.

Murray is also simultaneously really, really smart and really, really stupid.  The kid will learn a jump course in one go through, but can’t figure out that clippers aren’t going to eat him.  He learned to target on my frisbee in two minutes, but flinched for three straight months as I would take his blanket off and put it on.  He knows piles of voice commands, but still flinches when our feeder rolls anything down the barn aisle — even food.  He’ll let you pull his mane with no protest, but jumped out the back of his box stall once when he got new shavings.  I can put a scarf over his ears and pin a horse shaming sign on him, and yet for months baling twine made him run to the other side of his stall. He’s a strange little dumdum.

Oh and finally he always — always — eats his bucket while lifting his right foot up in the air and pawing at the air.

For fun, and because I’ve been thinking of this for a while, here’s a list of all his silly little quirks — I struck them out if he’s managed to get over it.

– (now he can do it over his head halterless like a Big Boy)
–  (anyone else is fine, Alana = no)
– Can’t do shoulder stretches without falling down
– Spooks at cell phone music
– Must be tied with a blocker ring/pull back tie
– Panics when shavings are put in his stall

– Racist
–
– (he will jump it now!)
– Hates beer
– Can’t be clipped without drugs
– Always runs away at shows (and 50% of the time tries to kill our assistant trainer)